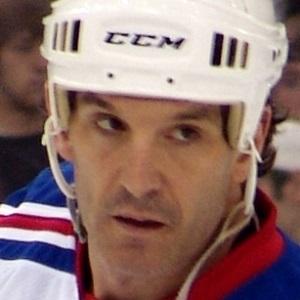 NHL Hall of Fame left winger who was an 8-time All-Star and 3-time Stanley Cup Champion. He retired with 656 career goals to go along with 698 assists.

He first shined in the Ontario Hockey League with the London Knights before being selected 2nd overall in the 1987 NHL Draft by the New Jersey Devils.

He became the first player in NHL history to record over 600 goals and 2,000 PIM.

He married Catherine Shanahan on July 4, 1998. He has three children named Jack, Catherine and Maggie.

He won 3 Stanley Cups alongside Steve Yzerman on the Detroit Red Wings.

Brendan Shanahan Is A Member Of