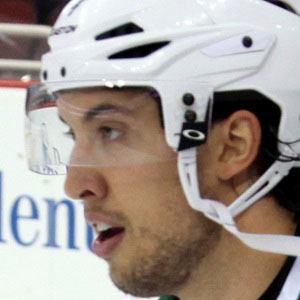 Defenseman who made his NHL debut in 2011 for the Dallas Stars. He helped the San Jose Sharks reach the Stanley Cup Finals in 2016.

He began his professional in the Western Hockey League with the Seattle Thunderbirds in 2007.

He played for the AHL's Texas Stars before joining Dallas.

He grew up in Surrey, British Columbia.

He became teammates with Stars captain Jamie Benn in 2011.

Brenden Dillon Is A Member Of