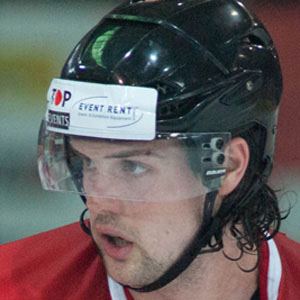 NHL forward who was selected 129th overall by the Dallas Stars in the 2007 NHL Entry Draft. He led the NHL in scoring in 2014-2015 and, after improving on that total the following season, signed a $76 million contract with the Stars.

He played with the Kelowna Rockets of the Western Hockey League and for Canada at the 2009 World Junior Championships.

He was named to his first All-Star game in 2012. He was part of Team Canada's gold medal-winning Olympic team in 2014.

His older brother Jordie also became an NHL player. He also has a sister named Jenny.

After Tyler Seguin was traded to Dallas in 2013, the two combined to become one of the highest-scoring duos in the league.

Jamie Benn Is A Member Of