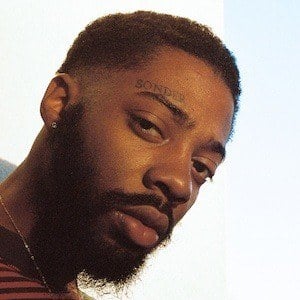 Music producer and artist who is also a part of the group Sonder. They embarked on their first U.S. tour in September of 2017.

His first single titled "Allure" was released under the label Pigeons & Planes in 2015.

He has a big social media following with over 2.3 million followers on Instagram. His music is also a sensation on Soundcloud and Spotify.

Originally from Maryland, he moved to Los Angeles in 2016 to pursue his career. His parents encouraged him to pursue a career in music after his signature style of crooning became a hit among his family.

His account is followed by fellow music producer Kirk Knight.

Brent Faiyaz Is A Member Of