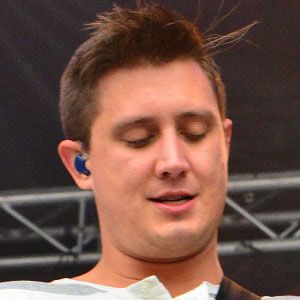 Guitarist best known as a member of the Christian metal band August Burns Red. The band is known for tackling tough subjects like death, grief, and depression.

August Burns Red was founded in 2003 with all the original members in high school in Manheim, Pennsylvania.

August Burns Red has performed around the world at venues like the Dubai Desert Rock Festival, the No Sleep Til Festival, and the Vans Warped Tour.

He is from Lancaster, Pennsylvania. In August 2009 he married his girlfriend Lindsay; they have a son named Nash.

In their early years August Burns Red toured with As I Lay Dying's Tim Lambesis.

Brent Rambler Is A Member Of