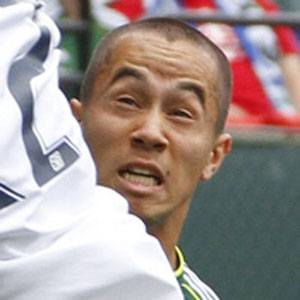 American forward who began his MLS career with the Portland Timbers in 2012.

He played college soccer at the University of Washington.

He played for the Portland Timbers Under 23 team in the USL in 2010 and won the league's Rookie of the Year and MVP Awards in the same season.

He was born to Phyllis Chun and Charles Richards.

He entered the MLS just as British star David Beckham was ending his MLS career.

Brent Richards Is A Member Of