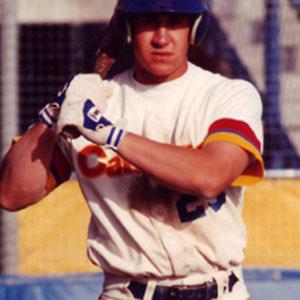 3-time MLB All-Star second baseman who won the Gold Glove Award four times during his career. He is best remembered for his time with the Seattle Mariners from 1992 to 1993 and 2001 to 2005.

He played college baseball at the University of Southern California.

He once played in an infield that comprised of two sets of brothers for the first time in baseball history.

His brother Aaron played in the Major Leagues, as well as his father Bob and his grandfather Ray.

He started his career with the Seattle Mariners, where he played with star outfielder Ken Griffey Jr.

Bret Boone Is A Member Of