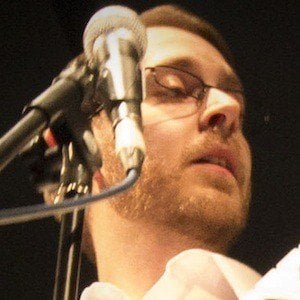 Born Rob J. Madin, he's a musician and YouTube star best known for playing covers of popular songs. His band the Brett Domino trio debuted in 2009 on Britain's Got Talent. He has also written a number of songs for the BBC series Young Apprentice.

He formed the Brett Domino Trio with friend Steven Peavis in 2008. The band initially began with third member Mitch Hutchinson but he left to become a fork-lift driver.

He created a second YouTube identity called "C-Bomb," a dubsteb incarnation. The character then inspired a sitcom pilot written by himself that debuted on BBC iPlayer in 2013.

He grew up in Chesterfield, Derbyshire and moved to Leeds to earn his degree in music production from Leeds College of Music.

He and the rest of Brett Domino Trio have often been featured on BBC Radio 1's the Chris Moyles Show.

Brett Domino Is A Member Of