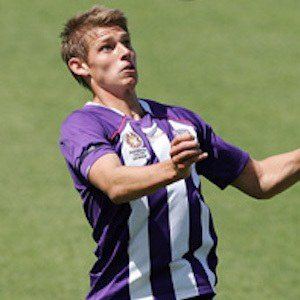 Australian defender who began his professional career with Australia's Perth Glory FC in 2009.

He was born in Stoke-on-Trent, England and raised in Perth, Australia.

He signed a 1-year contract to play for Australia's Central Coast Mariners FC in July, 2012.

He played alongside Mile Sterjovski on Perth Glory from 2009 to 2011.

Brent Griffiths Is A Member Of