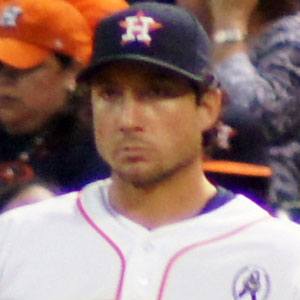 Major league first baseman who debuted with the Houston Astros, spent a while in triple A in 2013, and returned to the MLB to play with the St. Louis Cardinals.

His first big league hit came off veteran lefty Randy Wolf. Throughout 2012 and 2013 he went up and down between triple A and the majors, and was temporarily on the disabled list.

He was raised with two older brothers named Larry and Jared.

He was called up from the minor leagues after the Astros traded Lance Berkman to the Yankees.

Brett Wallace Is A Member Of