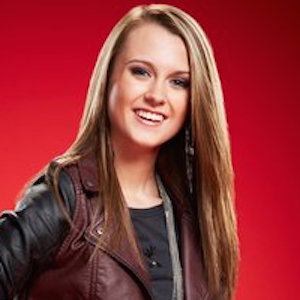 Known best as a competitor on Season Six of The Voice, Kelly fronted her own band after being eliminated from the show.

Before appearing on The Voice, she performed the National Anthem at numerous sporting events, including Baltimore Orioles and Philadelphia Eagles games.

She grew up in Smithfield, Virginia.

She and Christina Grimmie both competed on the sixth season of The Voice. Grimmie ended the competition in third place; Kelly was eliminated during week two.

Bria Kelly Is A Member Of