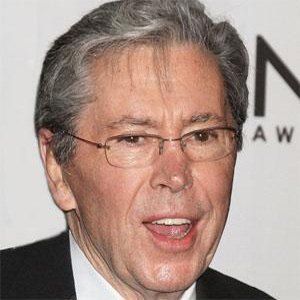 Acclaimed English actor who received a Tony Award in 1971 for his performance in the play The School For Wives, and was a longtime actor and director with the Stratford Shakespeare Festival in Canada.

He was born in Morley, England, and studied for two years at the Royal Academy of Dramatic Art, where his classmates included Albert Finney and Alan Bates.

He won his fifth Drama Desk Award in 1992 for his performance in Two Shakespearean Actors; he had previously won for Jumpers, The School for Wives, Private Lives, and The Misanthrope.

He was in a committed relationship with actor Tim MacDonald.

He was in the same class as Peter O'Toole at London's Royal Academy of Dramatic Art.

Brian Bedford Is A Member Of