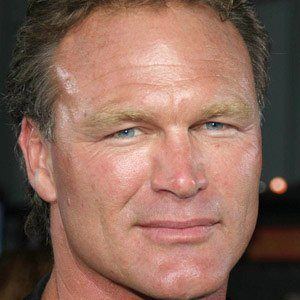 Former NFL linebacker and college football star who was selected in the first round of the 1987 NFL supplemental draft by the Seattle Seahawks.

He had great success as a college player at Oklahoma, winning the Dick Butkus Award and All-American honors in 1985 and 1986.

He was signed to a 10-year $11-million contract by the Seahawks; in 1987, this was the biggest contract in the team's history and the biggest rookie contract ever in the NFL.

He had a small role in the 2005 remake, "The Longest Yard," starring Adam Sandler.

Brian Bosworth Is A Member Of