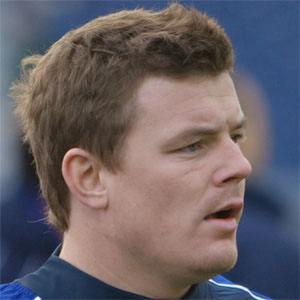 Former center who served as captain for team Leinster and Ireland. His senior career with University College Dublin RFC spanned from 1998 to 2014.

He published a book in 2005 called A Year in the Centre.

He married actress Amy Huberman in 2010.

He was invited to the wedding of Prince William, but only his wife attended.

Brian O'Driscoll Is A Member Of