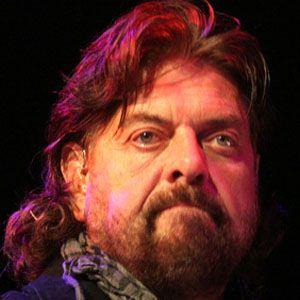 Audio engineer for The Beatles and their individual members, as well as for Pink Floyd and for his own Alan Parsons Project. He has also been a songwriter, musician, and record producer.

He experimented with playing folk and blues guitar in his youth, but a job at Abbey Road Studios at 19 set him on his future career path.

He was the engineer on The Beatles' Abbey Road and Pink Floyd's The Dark Side of the Moon. At the same time, he released his own album Eye in the Sky, which went to No. 7 in the U.S.

His great-grandfather was the noted actor/manager Sir Herbert Beerbohm Treem, and his father Denys Parsons was an accomplished classical musician and author.

His debut album as The Alan Parsons Project was a retelling of Edgar Allan Poe's classic stories set to musical themes.

Alan Parsons Is A Member Of