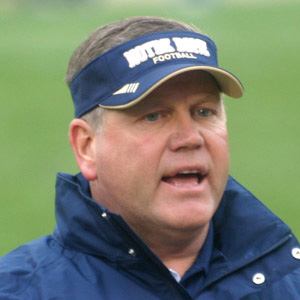 Took over as the head coach of Notre Dame's football team in 2010 and led the Fighting Irish to the BCS title game in 2012. Before his time at Notre Dame, he coached at Grand Valley State, Central Michigan, and Cincinnati.

He played linebacker at Assumption college from 1979 to 1982.

He had three children, Patrick, Grace and Kenzel, with his wife Paqui.

Brian Kelly Is A Member Of