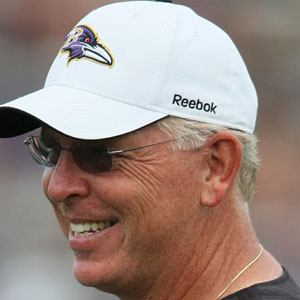 Offensive guru who took the Offensive Coordinator position for the LSU Tigers in 2013.

He started his coaching career as a Graduate Assistant for the University of Michigan.

He had four children, Thomas, Daniel, Christopher and Elizabeth with his wife Missy Bridges.

He was Ray Rice's Offensive Coordinator for the first four seasons of his NFL career with the Baltimore Ravens.

Cam Cameron Is A Member Of