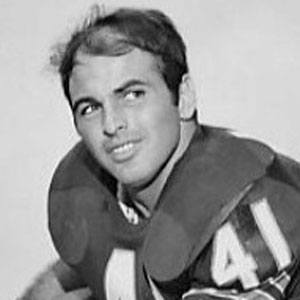 Former NFL running back who died at the age of 26 with embryonal cell carcinoma; became the subject of the 1971 TV movie Brian's Song.

He was named ACC Player of the Year in 1964, after an impressive season at Wake Forest University.

His #41 jersey was retired by the Chicago Bears after his death.

He was married to Joy Murrath from 1964 to 1970; the couple had three children, Kristi, Lori, and Traci.

He was portrayed by Sean Maher in the Hollywood remake of Brian's Song in 2001.

Brian Piccolo Is A Member Of