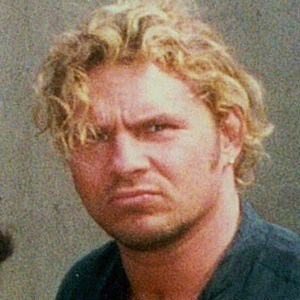 Wrestler who competed in the World Wrestling Federation in the 1990s.

In 1995, he developed his wrestling persona, and was often called the Loose Cannon for his unpredictable behavior in the ring.

He and Triple H were two of the more recognizable faces from the WWF in the 1990s.

Brian Pillman Is A Member Of