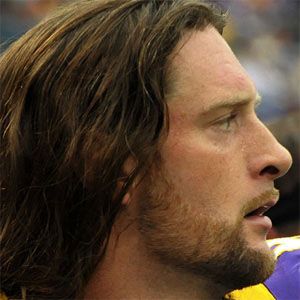 NFL defensive end selected 102nd overall in the 2007 draft by the Minnesota Vikings. He recorded 39 sacks in his first six seasons with the team.

His 6 career kick blocks were a school record at the University of Texas.

He scored his first NFL touchdown with a 61-yard fumble recovery against the Bears in 2011.

He recorded 8 sacks in 2011 to pair effectively with teammate Jared Allen 's 22 for the Vikings the same year.

Brian Robison Is A Member Of