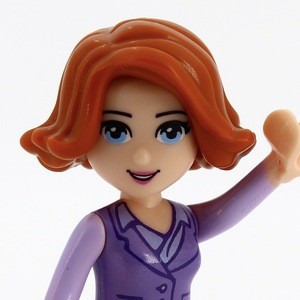 YouTuber who posts LEGO minidolls content to her channel, which has earned 110,000 subscribers.

She first began posting to her YouTube channel in 2015, with some of her first videos focused on the character Rapunzel.

Her name is Jasna.

Brickomotion Is A Member Of