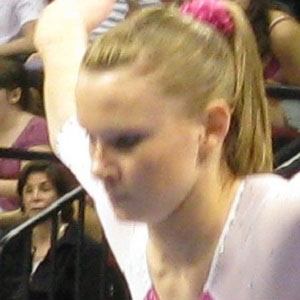 World champion gymnast who won a silver medal as a member of Team USA at the 2008 Summer Olympics in Beijing. She went on to dominate the 2013 and 2014 NCAA Championships while attending the University of Florida, winning gold medals in the all-around, balance beam, uneven bars and team events.

She began practicing gymnastics at age four. She graduated from Tri-West Hendricks High School in Indiana and trained at Sharp's Gymnastics Academy.

In 2013, she became just the fourth freshman to win the Honda Sports Award as the best female collegiate gymnast in the country.

Her father Jeff has coached high school soccer. She has siblings named Kyle, Kassie and Nathan.

She was teammates with Samantha Peszek at the 2008 Olympic Games. The two also trained alongside each other at Sharp's Gymnastics Academy.

Bridget Sloan Is A Member Of