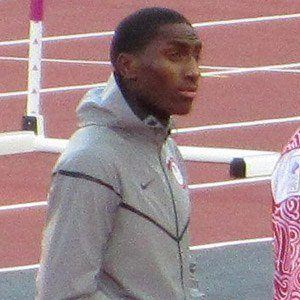 American high jumper who won a silver medal for the United States at the 2012 London Olympics.

He earned an athletic scholarship to compete at Kansas State University.

He competed in the 2011 World Championships and Universiade before winning his first international medal at the 2012 Olympics.

He has eight siblings, six sisters and two brothers.

He joined the company of Gabby Douglas by bringing home an Olympic medal for the United States.

Erik Kynard Jr. Is A Member Of