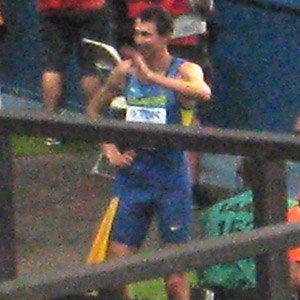 He began competing young and competed at the 2006 World Junior Championships in Beijing.

He uses the Fosbury Flop technique in competition, jumping off of his right leg.

He was coached by his father Viktor Bondarenko.

He and Allen Johnson are both famous high jumpers.

Bohdan Bondarenko Is A Member Of