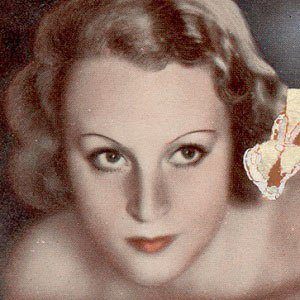 German actress most widely remembered for her double role as Maria and Maschinenmensch in the classic 1927 silent film Metropolis. She was one of the few silent film stars to easily make the transition to "talkies," appearing in films like 1933's Spies at Work and 1935's An Ideal Spouse.

She was born in Berlin and began her professional acting career at 18.

She was accused of "race defilement" by Nazi Germany after marrying her Dr. Hugo Kunheim, who had a Jewish background.

Prior to Kunheim, she was married to Rudolf Weissbach. She had four children.

She was directed by Fritz Lang in the expressionist science fiction film Metropolis.

Brigitte Helm Is A Member Of