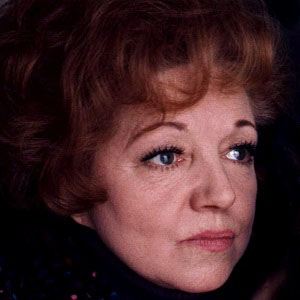 She made her film debut as Calamity Kate in the 1927 feature A Daughter in Revolt.

She appeared in numerous Noel Coward plays and is particularly remembered for co-starring with Hermione Gingold in Fallen Angels.

For a time, she was romantically involved with the much younger actor Laurence Harvey .

Hermione Baddeley Is A Member Of