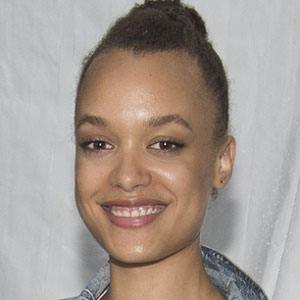 Famous for her roles as Cadie Campbell on the MTV teen series Skins; Alma Walker on the FX series American Horror Story; and Remy on the ABC supernatural drama Ravenswood, she is also notable for her portrayal of Jenny Butler on the short-lived WE-TV legal series The Divide. She has amassed over 30 acting credits throughout her brief career.

Early in her career, she appeared in a 2008 episode of The Latest Buzz.

She portrays Lucia in the 2014 horror film Happy Birthday! In 2022, she gained attention as the character Fei in The Umbrella Academy.

Born to a family of African-American, Western European, and Native American heritage, she spent her youth in Toronto, Ontario, Canada, and later lived and worked in New York City, U.S.A.

She was cast alongside Marisa Tomei in the 2014 feature film Loitering with Intent.