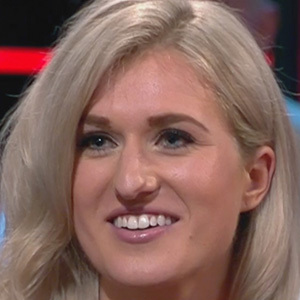 Dutch television show host and personality who is recognized for her work on Stars Jumping, The Best Idea of ​​the Netherlands, and Sinterklaas News. She also hosted her own talk show, Britt and Ymke Ask Questions.

In 2009, she was a contestant on the reality dating show Take Me Out.

She was a decorated dressage rider and curated an equestrian YouTube channel.

She is the daughter of Anja Vendrig and Willem Dekker.

Both she and Lucia Rijker have appeared on Stars Jumping.

Britt Dekker Is A Member Of