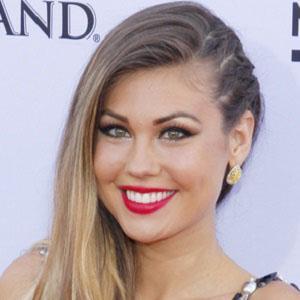 Reality television personality on ABC's series The Bachelor and The Bachelorette who competed with Kaitlyn Bristowe to be season 11's Bachelorette. She ultimately lost the title to Kaitlyn when a majority of the contestants voted for her to become the Bachelorette.

She attended Azusa Pacific University before moving to Hollywood to pursue a modeling career. After giving up on modeling, she worked as a waitress and began volunteering at a local church.

She is a passionate advocate for sponsoring children who live in poverty.

She was born just outside of Detroit, Michigan. She dated Bachelorette contestant Brady Toops, but the couple eventually split. In September 2017 she wed Jeremy Byrne.

She was previously a contestant on the season of The Bachelor with Chris Soules.

Britt Nilsson Is A Member Of