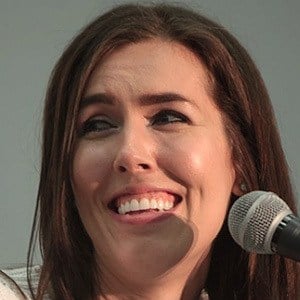 Los Angeles-based actress turned YouTube star who creates comedic content for her self-titled YouTube channel, which has earned over 1.3 million subscribers. She also has two other YouTube channels where she posts vlogs, behind the scenes bloopers, baking and cooking tutorials and more.

She uploaded a parody music video and song to her YouTube account in 2009 titled "MILEY CYRUS Party In The USA Everything is Gonna Be Okay" which went viral with over six million views.

She grew up with a brother. In mid-2016, she became engaged to her boyfriend Milos. She and Milos had a son named Misha before eventually breaking up.

She has collaborated multiple times with YouTube star Ricky Dillon.

Brittani Louise Taylor Is A Member Of