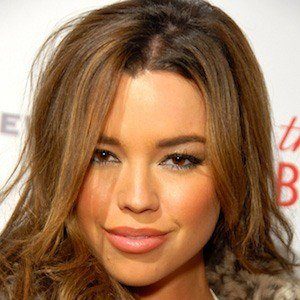 Model who is best known for appearing as Playboy Magazine's Playmate of the Month in June 2007. She was 20 years old at the time.

She signed with Ford Modeling Agency in New York City when she was 13 years old. She did various shoots as a teen with companies such as Limited Too and Seventeen Magazine.

She moved to Los Angeles in 2005. She was soon after signed to Ford Modeling Management and Elite Model Management. She has made various TV appearances, including Nick Cannon Presents: Wild 'n Out, Deal or No Deal, and CSI: New York.

She began doing photoshoots when she was young with her grandmother, who was a photographer.

She is close friends with former Playboy playmate Kendra Wilkinson. She appeared as a supporting cast member on her reality TV series Kendra.

Brittany Binger Is A Member Of