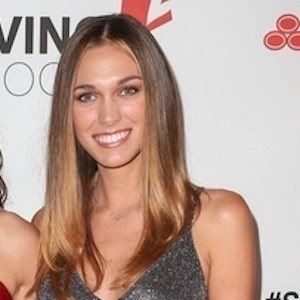 Model and television presenter most well known as a host for the Christian network Juce TV.

She first began writing for her Beautifully Britt blog in April of 2017.

She has a fashion, food, and DIY blog called Beautifully Britt.

Her mother's name is Tracy Fish Gonzales. She married Twilight actor Kellan Lutz in 2017. She and Lutz welcomed a daughter on February 22nd, 2021 named Ashtyn Lilly Lutz. In February 2022, the couple announced they are expecting their second child. She gave birth to their son Kasen in August 2022.

Her husband appeared in the Twilight franchise alongside Kristen Stewart and Robert Pattinson.

Brittany Gonzales Lutz Is A Member Of