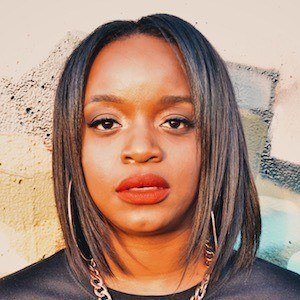 Social activist and educator who co-founded the police reform program Campaign Zero. In 2015, she gained increased media attention for her involvement in the Ferguson, Missouri protests of the killing of teenager Michael Brown.

She received a B.A. from Washington University in St. Louis before earning her Master's degree in elementary education from American University.

Her mother is a social worker.

She has worked with Black Lives Matter organizer DeRay Mckesson as a member of the Campaign Zero planning team.

Brittany Packnett Is A Member Of