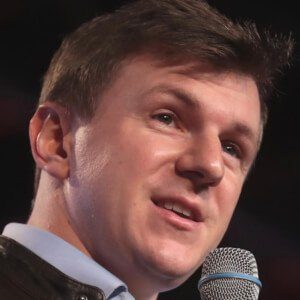 He graduated from Rutgers University with a degree in philosophy.

He was the oldest child born to James E. O'Keefe, Jr. and Deborah O'Keefe.

He was arrested in front of the office of Louisiana Senator Mary Landrieu after he tried to document conversations among Landrieu's staff members.

James O'Keefe Is A Member Of