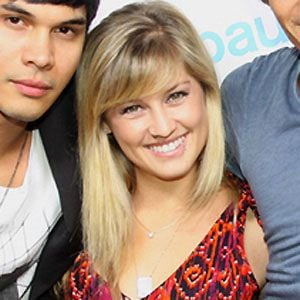 Former TV actress and model best known for playing the Yellow Ranger in the TV series Power Rangers Samurai. She became a Yogi and wellness coach after Power Rangers ended.

She made her acting debut in the 2009 movie Bring It On: Fight to the Finish.

She has a pet dog named Ellie May.

She acted alongside Alex Heartman in Power Rangers Samurai.

Brittany Anne Pirtle Is A Member Of