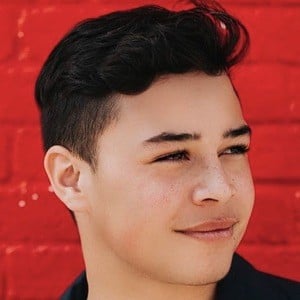 Musician and actor who began to establish himself as an online creator and influencer with his music covers posted to YouTube and TikTok. His iambrooklynnathan account on the latter video platform has more than 80,000 fans.

He learned to love music at a young age. He originally created his YouTube channel in 2010 with a username of SOUTHSIDESLIDERZZ.

He released a debut original song called "Jump I Got You" in 2018.

He has covered a couple of DJ Khaled songs as seen on his YouTube channel.

Brooklyn Nathan Is A Member Of