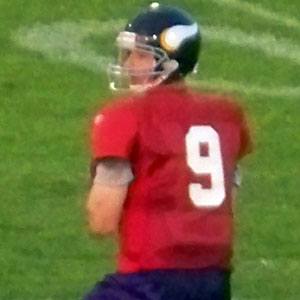 Quarterback who played professionally in the NFL and UFL from 2003-2010, notably for the New York Jets and Minnesota Vikings.

He played college football at the University of Wisconsin, where he was a starter all four years.

He was drafted by the Los Angeles Dodgers twice, but chose to pursue a football career instead.

He was born in Bismarck, North Dakota.

He began his NFL career playing for the Jets and coach Herman Edwards.

Brooks Bollinger Is A Member Of