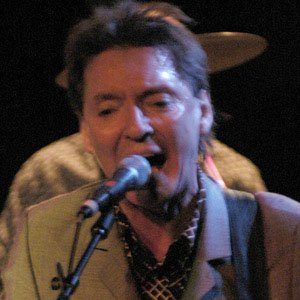 British bass player who rocked out with punk rock bands such as Stiff Little Fingers and The Jam.

He grew up in Surrey, England and joined The Jam as their lead guitarist.

He played with Stiff Little Fingers for fifteen years and recorded five albums with the band, including Flags and Emblems and Hope Street.

His wife Pat passed away from cancer in 2009.

He and drummer Rick Buckler were bandmates in The Jam during the late 1970s and early 1980s.

Bruce Foxton Is A Member Of