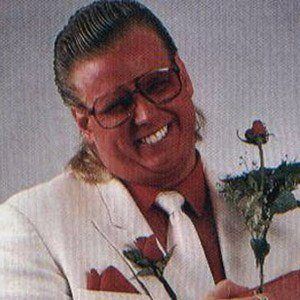 Wrestling manager and producer best known for his "Brother Love" character in WWE. During his time with WWE he managed big-name wrestlers like The Undertaker and The Flying Nuns.

He began his career in the wrestling business as a referee and ring announcer.

He became the Senior Vice President, Programming & Talent Relations for TNA Wrestling after leaving the WWE.

He was "pantsed" by Roddy Piper during Wrestlemania V.

Bruce Prichard Is A Member Of