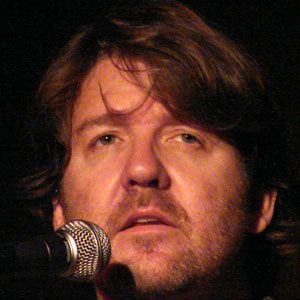 Country singer-songwriter who has had several hit songs after they have been covered by artists like Tim McGraw and the Dixie Chicks.

He was born in Bandera, Texas and grew up loving music with his brother and sister.

He has released up to ten albums.

He married singer Kelly Willis in 1996 and the couple has four children, including a set of twins.

Bruce Robison Is A Member Of