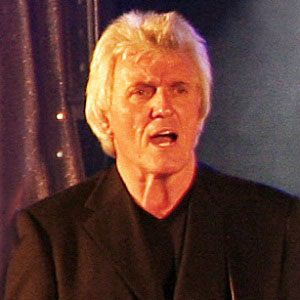 Guitarist and songwriter for The Shadows who wrote several #1 singles such as "Foot Tapper," "The Rise and Fall of Flingle Bunt," and "Please Don't Tease Me."

When he was fourteen years-old, he formed a band called The Railroaders.

He formed a spin-off band of The Shadows called Bruce Welch's Shadows in 1998.

His ex-fiancee was actress Olivia Newton-John.

He served as a musical consultant for a production of the musical Buddy - The Buddy Holly Story.

Bruce Welch Is A Member Of