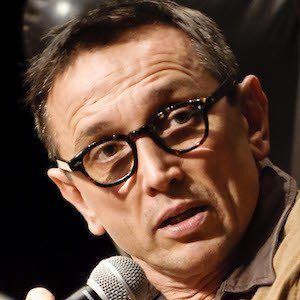 Italian chef and television personality who has earned more than half a dozen Michelin stars and released several cookbooks.

He started his cooking career in earnest when he became a cruise ship chef in 1979.

He was born to Ornella and Nello Barbieri.

He's served as a judge on MasterChef Italia alongside Joe Bastianich.

Bruno Barbieri Is A Member Of