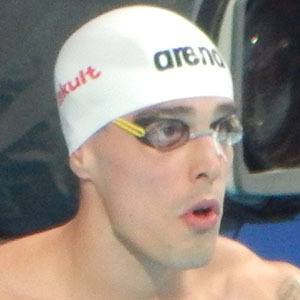 Brazilian professional swimmer who is best known for his work in the freestyle category and the 50 meter events. He competed in several World Aquatic Championships and Pan Pacific Championships as well.

He won his first bronze medal in 2012 at the Summer Olympics in London where he represented Brazil.

He was born and raised in Macae, Rio de Janeiro, Brazil.

He finished just seconds behind Cesar Cielo at the 2012 Summer Olympic Games in London in the 50 meter freestyle event.

Bruno Fratus Is A Member Of