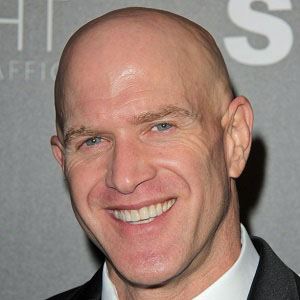 Perhaps most well known for his portrayal of Brutus in the 2013 film The Hunger Games: Catching Fire, he is also notable for his work in the films Battlefield America and Bad Teacher. His television credits include guest spots in episodes of True Blood, Sons of Anarchy, and CSI: Crime Scene Investigation.

He made his screen acting debut in an episode of the New Zealand-produced television series Pulp Comedy.

He performed stunts for the movie The Vatican Tapes.

Born into an Italian-American family, he was raised in Canton, Ohio. In his early twenties, he spent time living in his family's native Italy.

He and Kathleen Quinlan are both in the cast of the 2014 mystery film After.

Bruno Gunn Is A Member Of