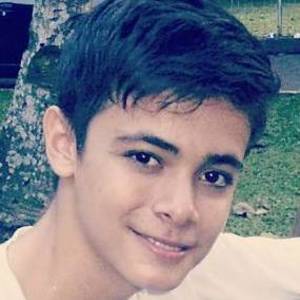 Actor who rose to fame playing the character Justin in the hit Indonesian soap opera Mermaid in Love.

He made his acting debut in 2010 appearing in the feature film Sang Pencerah.

He has become extremely popular on social media with more than 700,000 fans on Instagram.

His parents' names are Betrisey and Karmila. His girlfriend, Elina Magdalena Joerg, is also a soap opera star.

Other cast members of Mermaid in Love include Syifa Hadju and Esa Sigit.

Bryan Andrew Is A Member Of