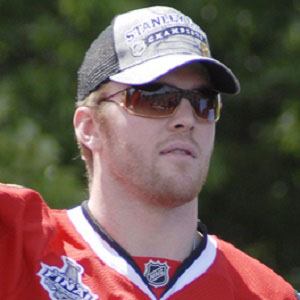 NHL winger who helped lead the Chicago Blackhawks to a Stanley Cup Championship in 2013.

He got his start early playing in the AAA division for the Central Ontario Wolves Organization.

He made his professional hockey debut with the Norfolk Admirals in 2006.

He was born in Orono, Clarington, Ontario. He married Amanda Caskenette in 2013.

He has said that his hero is former hockey player Tim Horton.

Bryan Bickell Is A Member Of