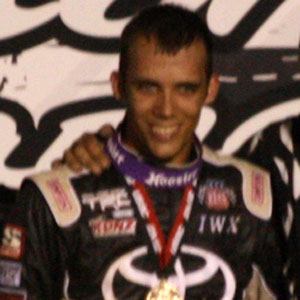 American race car driver who began his NASCAR career in 2007. He died a day after being involved in a crash at Belleville High-Banks in Belleville, Kansas.

He began competing in the USAC National Sprint Series in 2005.

He won his second consecutive Turkey Night Grand Prix in 2010.

He was engaged to Lauren Stewart at the time of his death.

He made his NASCAR Nationwide Series debut at the 2007 Emerson Radio 250, which was won by Kyle Busch.

Bryan Clauson Is A Member Of