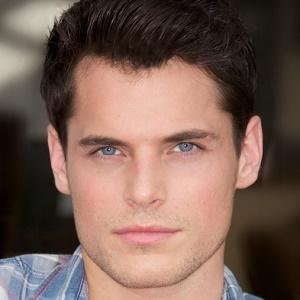 Actor who played the villain opposite Kellan Lutz and Ashley Greene in A Warriors Heart and portrayed the bully Matt Caldwell in the film Riddle. He has also been seen in episodes of Big Time Rush and The Suite Life on Deck.

He played hockey and football while growing up in the northeast. After numerous concussions, however, he put his athletic career behind him, and at the age of 15 was bit by the acting bug after acting in his first short film.

He has appeared in numerous modeling campaigns including Abercrombie, Macy's, AT&T, Next Clothing Brand London, Coca Cola, Ed Hardy, Paige Denim, as well as numerous editorials including Cosmopolitan and Elle magazine. This led to national commercials for JcPennys, Kmart, Target opposite Taylor Swift, and Verizon.

He was born and raised in Upstate New York in a suburb of Buffalo.

He starred opposite Val Kilmer in the 2013 film Riddle.

Bryan James Lillis Is A Member Of