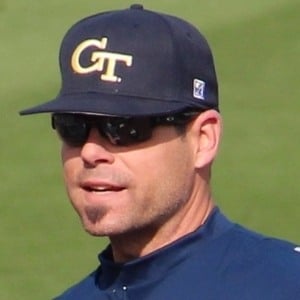 Former catcher who played four seasons in the minor leagues after getting drafted by the Cincinnati Reds in the 10th round of the 2001 MLB Draft.

He grew up playing baseball in Chattanooga, Tennessee.

He hit .353 during his college baseball career at Georgia Tech and returned to the school after his playing career to coach.

He married Tracy Carter, who he met at Georgia Tech.

Bryan Prince Is A Member Of