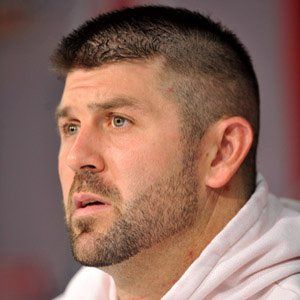 He was acquired by the Red Sox in a 1997 trade that is widely considered one of the most lopsided trades in MLB history; Boston received star pitcher Derek Lowe and Varitek from Seattle in exchange for reliever Heathcliff Slocumb, who was out of the MLB by 2001.

He was behind the plate for a record-setting four no-hitters throughout his career.

He had three daughters with his wife Karen.

He broke Carlton Fisk's record of games played as a catcher for the Red Sox.

Jason Varitek Is A Member Of